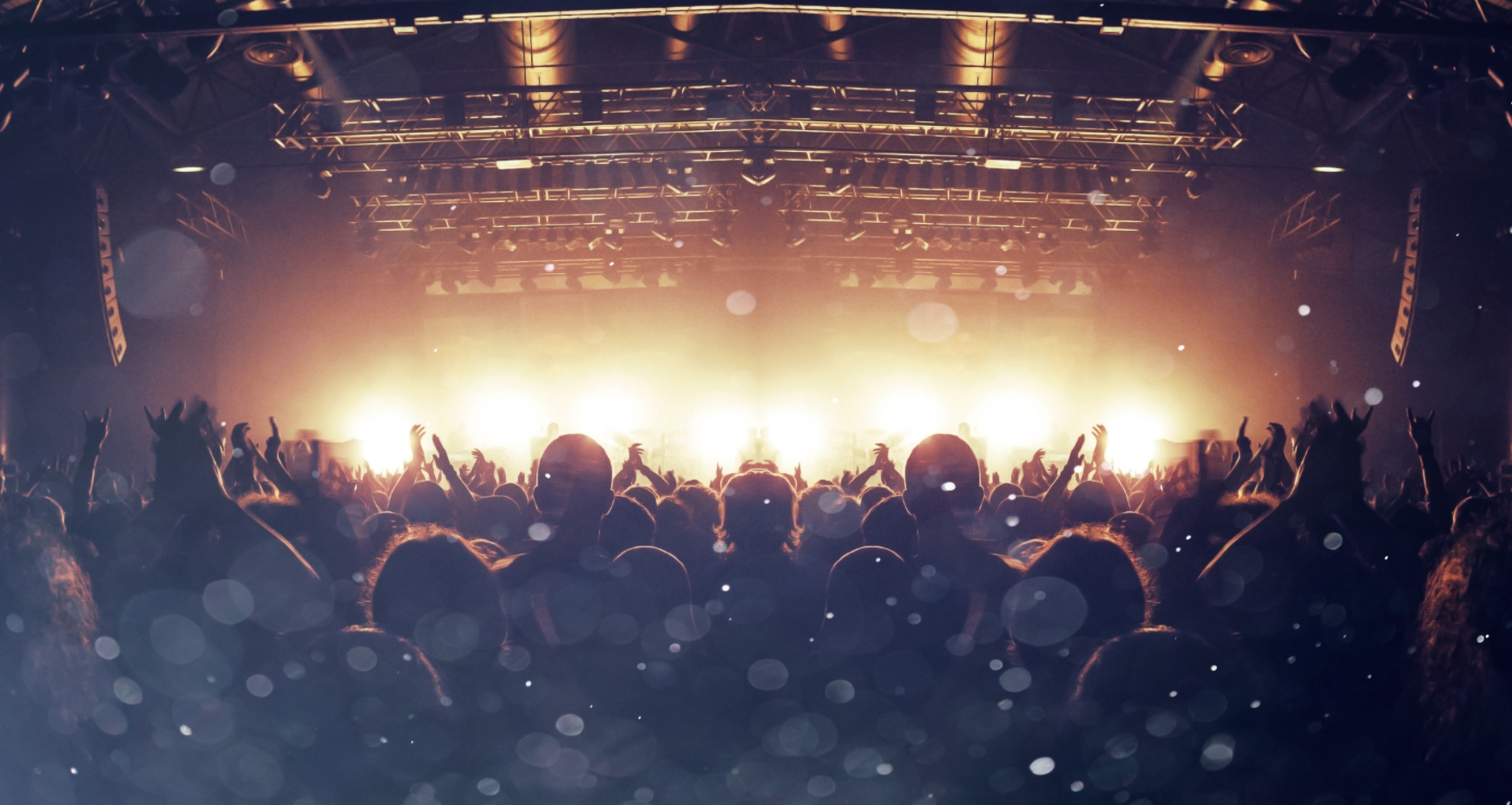 Promoters, artists, live music goers, and pretty much anyone with a stake in the entertainment industry remembers March 6th as a harbinger of apocalypse: the cancelation of the 2020 SXSW music festival. The first of many economic blows for those in the business of bringing people together through music is now nine months behind us. Since then, a slew of cancelations and postponements of major events and festivals followed as realization set in those concerts as we knew them may be a thing of the past.

While some industries have been able to adapt to a world where face-to-face interactions are limited, others are not so lucky. The entertainment industry (specifically live music) has taken one of the hardest blows. Now that relief from a second stimulus bill is out of the picture, the big question on everyone’s mind is: when can concerts and festivals start back up?

When can concerts and festivals be allowed again post-COVID?

The long answer: Whether or not we can go back to anything remotely similar to what we’re used to as far as live music goes, depends heavily on two factors:

1) The best science we have at the time

With regard to the science, personal safety has become for some consumers the most important thing on their mind. According to a recent poll, less than half of Americans say they won’t even think about attending a concert until a reliable COVID vaccine is readily available. This leaves promoters and production companies with only a fraction of their usual clientele to market to. Until then, they are forced to wait for any developments on treatments and defenses against transmission of the virus. As of the time of this writing, experts speculate we won’t see a finished vaccine until mid 2021‍

And then there are the rapidly vacillating government restrictions with which we must attempt to contend. While restrictions vary from state-to-state (county-to-county, city-to-city, etc.), all pose a potentially insurmountable barrier to continuing business at post-Covid capacities. To further complicate matters, even in the event of a certain area’s restrictions allowing for some form of a live music event, one surge can prompt further limitations, shutting it all down in an instant. According to our partners at Coalition Entertainment, this presents promoters with new challenges as they are forced to monitor and adapt to states reopening at different speeds.

So what does this all mean? Well, it’s still anyone's guess, but if we had to put a date on it, industry experts say that by Q3/Q4 of 2021, smaller venues could have a shot of operating in a manner that’s reminiscent of what they’re used to. As for larger gatherings such as festivals and large venue events, some organizers plan to make a comeback as soon as Spring 2021.

While this timeline is not ideal, hanging tight until then may still be worth your while. According to Statista, the global entertainment industry is still on course for growth. Their data suggests that despite a $2 trillion reduction in overall value in 2020, overall revenue should return to what it was in 2019 by the end 2021, and continue to grow in the following years. Granted these are only projections, but it’s pleasing to imagine that after months without live music, people will be heading back into the pit.

What is there to do until then?

For smaller promoters and venues, it is possible to find a way to operate in some capacity. Some are experimenting with socially distant experiences such as drive-in shows, rooftop performances, live streams, and even fundraisers to stay afloat in the meantime. Some of these attempts seem to have worked, while others not so much.

As for the large-scale multi-venue events, (ACL, Electric Forest, Coachella, etc.) capacity limitations make pulling off anything resembling a large festival impractical. To justify investing six, maybe seven-figures on staging, fencing, vendors, site and stage production, ticket counters, you need to be able to operate at full capacity to make a profit.

This, however, does not mean large festivals are to remain idle until 2022. There are still opportunities to keep festival goers engaged with your brand; be it through streaming previous festivals or selling limited edition merchandise. ‍

What other venues are doing in the meantime.‍

Despite these challenges, some organizers are experimenting with new ways of hosting large socially distanced gatherings. In the UK, the new Virgin Money Unity Arena seems to have successfully pulled off a socially distanced concert of 2,500 attendees. How might you ask? By limiting parties of music goers to designated raised platforms, allowing patrons to enjoy the show outdoors within their own personal gated bubble. The first of many events, which featured a performance by singer-songwriter Sam Fender, is set to continue with more concerts already on the books.  Whether or not this is a sustainable solution, only time will tell.

However, not all attempts have met the same kind of success. Earlier this year, organizers in the New York state faced immense backlash from local and state government officials for an outdoor Chainsmokers concert in the Hamptons, where patrons failed to adhere to social distancing guidelines. The show – which also featured a performance from Goldman Sachs Executive, David M. Solomon (AKA D.J. D-Sol) – was advertised as a drive-in concert where attendees can sit socially distanced, in and around their cars. Obviously, that didn’t happen.

The organizers, In The Know Experiences and Invisible Noise, say they took the necessary safety precautions, though it appears no one took them too seriously. In the wake of the incident, the state of New York sent the organizers a hefty fine of $20,000. With tickets ranging from $1250 to $25,000, it’s possible they still came out on top financially – if you don’t mind bad press.

While it may feel like good times are far, far away, we must remember that there will again be a time where we can come together in crowds to sing, laugh, and dance just as we did before. We’re humans, that’s what we do -- so we’ll always find a way. In the meantime, hang tight and stay safe.