Paths to Market: The Decline of the IPO & Emergence of the Decentralized Market 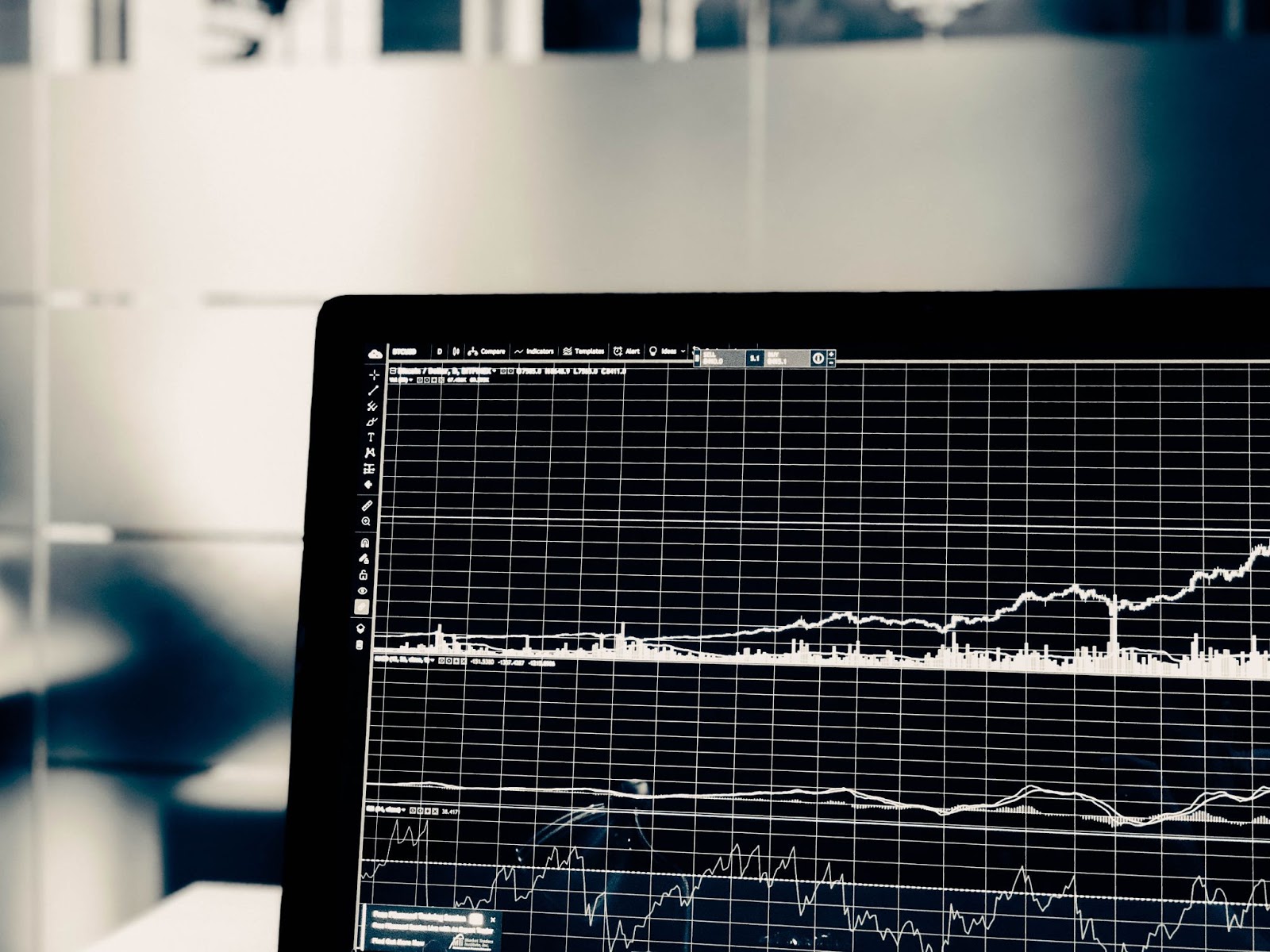 How the rising popularity of SPACs, direct listings, and changes to RegCF signal a shift in how companies access public markets.

Right now, there are a handful of exciting stories in the world of finance and venture capital that signal significant changes in the way companies gain access to public markets. The increase of popularity in SPACs, new rules around direct stock market listings, and higher limits on regulation crowdfunding have fueled growing criticism of the traditional IPO process, as the legacy public market path appears to be less efficient.

Based on these trends, some (myself included) speculate that the traditional gatekeepers to these markets will be removed altogether within the next few decades, allowing for lines between public and private companies to dissolve completely.

In this article, I briefly run through the recent developments in the most popular modes to market and explore the possibilities a decentralized path to market can bring to the world of venture capital.

Initial public offerings (IPOs) have been the primary means for companies to make their way into the public market since the birth of the stock market. In a nutshell, an IPO is a process orchestrated by underwriters (investment bankers) from Wall Street. For a (rather large) fee, underwriters work with the company’s stakeholders to value the entire organization and its stock, bring in more investors to guarantee demand for the stock, and help to market the offering by raising its profile.

At the end of this lengthy process, underwriters establish a price to be bought and sold privately among employees and shareholders the night before the stock hits the public market. Recently, companies that have undergone an IPO have seen significant pops, or rises in price from the underwritten value, on the first day of trading. We see this most recently in the cases of Door Dash and Airbnb, where their stock prices rose sharply above their estimated value.

Perspectives on this outcome vary, but the growing consensus is that a stark increase in price means that the underwriters tasked with understanding the market to set an accurate market price, failed to do so. This ultimately leaves money on the table for stakeholders and employees who worked to get the company to this point. Not efficient and not cool, especially after these companies paid millions of dollars for the process.

Skepticism of this age-old valuation process has been around and growing for decades following the dot com bubble of the ’90s. This graph of additions and subtractions to U.S-listed companies referenced in a report from Morgan Stanley clearly illustrates this skepticism manifesting through a gradual decline in companies listed since the mid-1990s.

According to the report, there are half as many listed companies today than there were in 1996, and three quarters as many in 1976. While companies are delisted for many reasons, voluntary and involuntary, the decline in total number reflects the low number of new IPOs filed.

Now, despite all of this, what’s important to remember is that IPOs are still alive and well, but just not as much as they once were. Still, many see the traditional IPO as the best and safest option to access the public market.

The SPAC Craze Offers a Back Door To The Public Market

What is a SPAC? Special purpose acquisition companies, also known as reverse mergers, are perhaps the most popular of the current Wall Street trends. This alternate acquisition vehicle has been an option for investors and a public market path for companies for decades. The once-obscure means to bypass the IPO was created in 1993 by investment banker David Nussbaum and lawyer David Miller. Adoption of this acquisition vehicle was slow and steady, until recently, of course.

Over the course of 2020, the popularity of this specific acquisition vehicle has soared, with gross proceeds topping out at around $82.1billion, as illustrated above in the graph provided by Investopedia. Its rise in popularity can be primarily attributed to its ability to allow companies and investors to bypass the lengthy and expensive IPO process during this volatile time brought on by the pandemic. However, special purpose acquisition companies are not without their pros and cons.

The SPAC process works by creating a shell company whose primary goal is to raise funds privately. Once the shell company has reached its funding target, it then goes through an IPO. With the shell company now public, their sole purpose is to acquire a private company through a merger, thus giving the acquired company access to the capital raised and granting them public status without going through an IPO themself. What’s important to note is that current regulations require SPACs to make an acquisition merger within two years of going public before having to disperse its funds back to investors.

While this method of going public may be desirable now, I must caution it as one that is riddled with risk and speculation. Say you were an investor looking to lend money to a SPAC before its IPO, you would have no idea what companies the SPAC is looking to acquire. On top of that, there is no guarantee the acquisition merger will be successful.

It’s like you’re trading $1000 for a company that has $500, because you think that the company with $500 in the bank is going to turn it into $1200. You’re putting your faith in them making one good deal and it being worth as much as they said it was going to be. That’s a lot of “what if’s” to base an investment on.

These deals often feature elite investors and tend to work best with higher-profile companies such as DraftKings and Virgin Galactic. SPACs definitely have their place in the list of possible options for accessing pools of liquidity, but I suggest you only invest in one if you’re very sure you know what you’re doing.

In 2018, the streaming giant Spotify opened the door for an innovative path to the public market by executing the first public offering via a direct listing on the NYSE. A direct listing is just as it sounds, allowing companies to bypass the lengthy IPO process and fees associated by listing their stock directly on the exchange following the necessary S-1 application through the SEC.

Once approved, the stock receives a reference price from the exchange and is then further negotiated through an auction on the first day of trading. Advocates for this path say that the approach makes for a more transparent pricing process, which leads to a price that more accurately reflects the actual market value.

A caveat of this mechanism is that it goes without the traditional marketing and fundraising push that aims to raise funds by attracting new investors to buy new stocks, a process typically conducted by the underwriters facilitating an IPO. Additionally, specific regulations have prohibited companies who opt-in for a direct listing from creating new shares to raise capital.

However, in an industry-shaking move, these restrictions were lifted in December of 2020 when the SEC granted direct listed companies the ability to create new shares for the purpose of raising capital. This latest innovation has led me, along with other industry experts to say this may be the greatest threat to the traditional IPO process to date.

In November of 2020, the SEC approved a plan that raises the maximum a company can legally crowdfund from $1.07 million to $5 million, a change that went into effect on March 15th, 2021. Before this path was available, accredited investors needed to meet certain wealth and income requirements. Now, every day people can invest in companies at just about any stage.

Innovation in Non-Dilutive and Secondary Investing

Aside from advances in the way founders and investors transact for ownership in their businesses, companies like Pipe (see pipe.com) and Carta have reimagined what it means to be a private company, and expanded the options founders have in scaling their businesses.

Pipe has created an asset class of recurring revenue streams, allowing businesses to securitize their cash flow (recurring contracts), and sell them to investors on their platform. This way, companies can harness their growth and pour money back into their businesses’ growth without going to the equity market for additional financing and the resulting dilution. The benefit of this is obvious for both sides. Investors get access to dynamic, high growth companies with alignment and relatively short investment time horizons, and founders can retain much more of their equity in the companies they have started, resulting in much larger results for them long term..

Carta, which specializes in cap table management  and security issuance administration, has created a trading platform they are calling CartaX (CartaX.com) which will allow certain private companies to issue their shares for sale to the general public, generally from employee held shares. If this platform delivers on what it promises, I believe it will disrupt what it means to be a private business and will have far reaching benefits to investors and founders alike. In short, the difference between public and privately held companies could dissolve altogether, and founders and investors will have far greater flexibility on how they transact, and allow for much more dynamic access to liquidity over the span of an investment..

The bottom line, companies need access to cash. As a venture studio, our mission is to invest in and nurture promising companies to a point in which they can achieve the stability that comes with accessing large pools of liquidity such as the stock market or through the private sector.

When we’re looking at how we can professionally manage someone’s hard-earned investment and place them in companies with an increasingly high probability of success, the more paths to liquidity that you can find and eventually pull from these pools, the better. As more public market paths become available, the time required for a company or startup to reach these pools of liquidity tends to shrink, making them a much safer investment for investors to make predictions off of, raising an investment’s chances of success.

These advances in regulation and financial processes point us down a path that inevitably leads us to a decentralized market that will allow wealth and liquidity to flow freely to companies and organizations that can make good use of it.

In our lifetime, I believe we will be able to buy shares of virtually any company at any stage on public markets. The difference between a private and a public company will dissolve. There is not going to be a place that’s not liquid. It’s liquidity on the front, and it’s liquidity at the end, too, so you’re shortening that cycle of illiquidity in a company’s life. I think that’s tremendous, and it’s going to change the world.