The Return of Music Festivals in 2021 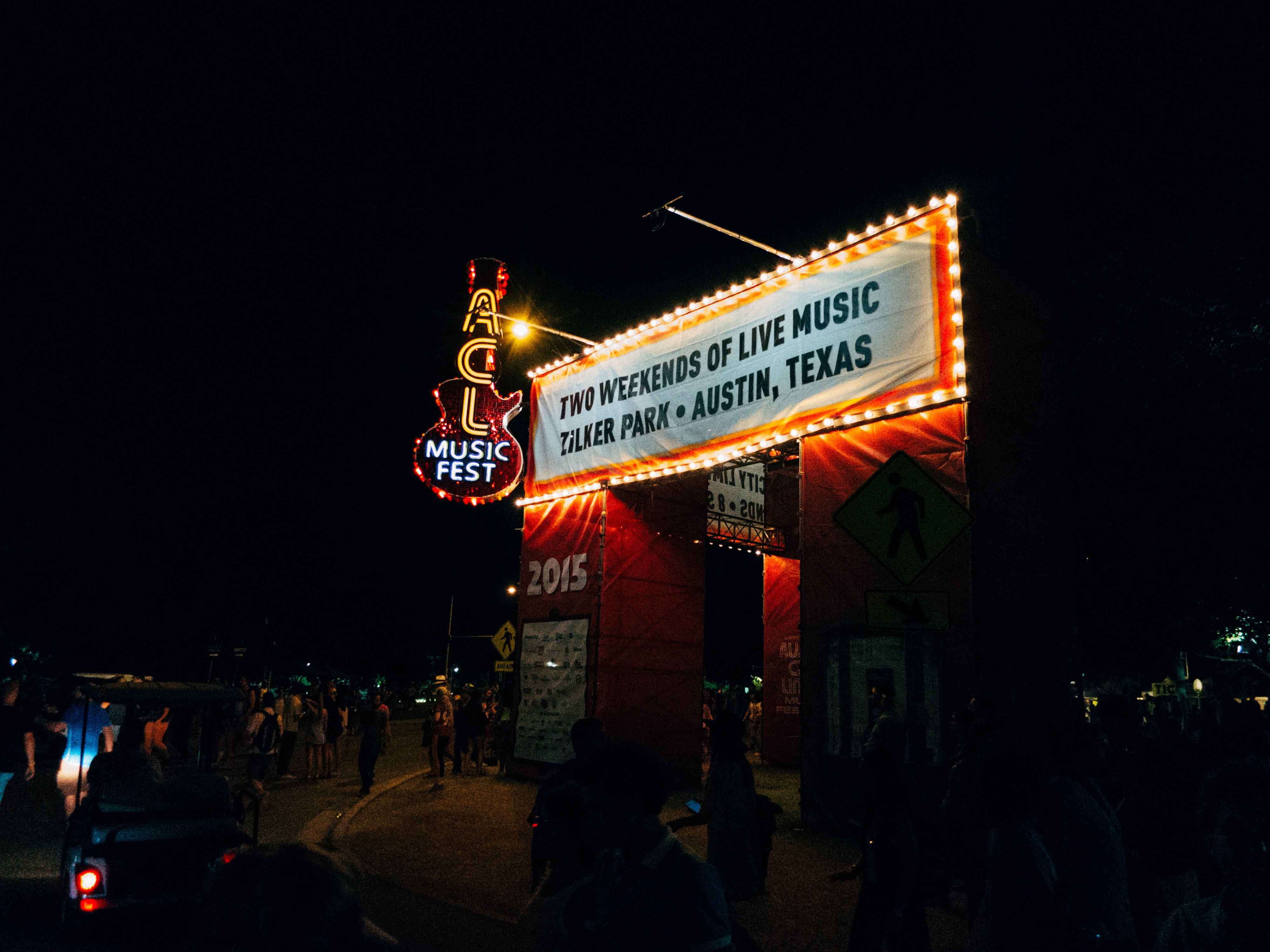 What Music Festivals Are Coming Back in 2021?

After a year-long drought of music festivals, lineups for 2021 are coming out stacked with top artists eager to put on a live show once again. Thanks to an increase in vaccine distribution and a lowering of COVID-19 cases, we may be experiencing a festival year quite different from the last (or unlike any prior ones, for that matter)!

Although our list of expected festivals is filled with notable names, many of the highly anticipated festivals will, unfortunately, go quiet for another year.

We’ll be keeping track of all of 2021’s most anticipated festivals and will be updating their statuses accordingly. Let’s take a look at which ones to expect and which ones to write-off for another year:

ACL is the annual music festival held in Zilker Park in Austin, Texas. After a quiet year for the Texas capital, ACL organizers have announced the weekends of October 1-3 and 8-10  as the festival’s official dates. Considering that last year’s festival was turned into a virtual event, 2020 ticket holders qualify for this year’s tickets at 2019 prices after ticket prices rose from $250 to $280.

The 2021 ACL lineup was released in May, naming George Strait and Billie Eilish as some headliners. The festival sold out within hours of tickets going on sale. Tickets are still available on the ACL site through their re-sale platform. See the full lineup and ticket re-sales here.

2021 will also see the return of ILLfest to Austin. Any ticket purchased for last year’s event will be honored for the new September 17-18 dates. According to the event’s Instagram, refunds were offered last year and no further action is required for last year’s ticket holders as their entrance passes will be automatically applied for this year.

The official ILLfest lineup is out and includes names like Rezz, RL Grime, Chris Lorenzo, Ekali, Malaa, Nightmares on Wax, and more. The Early Bird, Tier 1, and Tier 2 tickets are all sold out. Tier 3 and Tier 4 are both still available for $179 and $189 respectively.

The Elements Music and Arts Festival is being planned with the public’s safety at top priority. It has been reported that representatives will require concert-goers to show proof of vaccination or a recent negative COVID test to be permitted entrance. Specifics of this new rule can be found on the Elements website. Last year’s In My Elements: Fall Edition retreat was especially successful despite taking place amid the global pandemic, so Element’s organizers have some viable experience in hosting a festival amid a pandemic

Elements will take place on September 3-6 in Lakewood, Pennsylvania. The 2021 lineup has been officially released and has become one of this year’s most talked-about. Tickets are now on sale! Their three-day GA and VIP bundles are sold out. The Thursday early arrival pass is available for $75. As for their camping and glamping bundles, only the GA camping passes for $25 and a 2-person preset tent for $299 are available.

Another lineup that’s been making headlines this year is that of the III Points Music Festival. With notable names like The Strokes, Wu-Tang Clan, and Kaytranada, Miami is heating up for a big show! Although no details surrounding safety measures have been released, organizers did postpone the dates to later this year in hopes of diminishing the spread of the virus. III Points will be taking place in an indoor venue, and (according to its FAQ page) the festival will go on as long as restrictions have been lifted. Miami, Florida will be hosting the III Points Festival on October 22-23, with tickets now on sale. The 2-day GA passes go for $249 plus tax, and the Commemorative Patch + 2-Day GA passes sell at $259 plus tax. The VIP 2-day passes sell for $449 plus tax, and the Commemorative Patch + 2-Day VIP is $459 plus tax.

Wondering what EDC Las Vegas is? The Electric Daisy Carnival or EDC is an annual dance music festival in Las Vegas. It is among this year’s most highly anticipated returning festivals. Las Vegas officials are working to ensure the event goes through as planned, and it has been confirmed that EDC will be postponed from the original May dates to October 22-24. EDC’s lineup is out and is building anticipation in the community. EDC Las Vegas is officially sold out, but you can join the waitlist for all experience passes.

Bonnaroo will be taking place on September 2-5 in Manchester, Tennessee. The lineup has just been announced, and it could not look more exciting. Expect a weekend of partying with artists like Tame Impala, Lizzo and Megan Thee Stallion. All 4-day passes are sold out, but can be acquired through resale starting at $379. Shuttle and travel packages are still available, with only the Embassy and Staybridge suites up for resale.

Downtown Vegas will be lighting up this fall with Life Is Beautiful. Tickets are officially sold out. LIB has one of the most exciting lineups yet. Among the headliners are Billie Eilish, Green Day, Tame Impala, and A$AP Rocky. Check out the full lineup and get ready for a trip to Vegas.

The event will run September 17-19. Organizers have announced that they will be following the city’s protocols and regulations to ensure the safety of concert-goers.

If you purchased tickets for last year’s Rolling Loud, your tickets will be honored for this year’s dates. Since a high number of 2020 ticket purchasers are expected to hold on to their tickets, only a limited number of tickets were available for purchase. The official dates are now July 23-25 in Miami, Florida and the lineup looks to mirror that of last year’s due to its cancellation.

No official statement has been released concerning the safety regulations that will be implemented for Rolling Loud yet.

Despite Spain being ready for a summer full of music and festivity, the UK has decided to move its Isle Of Wight Festival from the original June dates to September 16-19. This decision allows for the easing of coronavirus restrictions and better chances of a successful festival. The lineup is full of talented musicians like Duran Duran, Liam Gallagher, and David Guetta. Organizers have expressed the possibility of additional headliners being announced in the months to come. Tickets are now available.

Which music festivals have been cancelled?

Although there are plenty of festivals around the world confirmed as going ahead, plenty of others are waiting for government officials to lift limitations. Alas, many more have been confirmed as canceled until further notice.

We start the second half of the list with one of music’s biggest annual events, Coachella. This will mark the second consecutive year without the Californian festival. After the official date was pushed back several times, officials finally decided to postpone the event into the next pandemic-free year.

We’ll be on the lookout for updates on what is next for Coachella.

Britain has also seen a couple of fan favorites cancelled due to coronavirus restrictions. Glastonbury comes head to head with Coachella in terms of popularity. Unfortunately, this year will see neither of them. With over 200,000 attendees expected, it seems almost impossible to enforce any of the safety regulations put in place by the British government.

Any ticket purchases will automatically roll over to the next available date. However, if you’d like a refund you have until December 31, 2021 to submit the refund form.

Earlier last year, the Houston Rodeo was cut short due to the city being one of the first in the state of Texas to confirm positive COVID-19 cases. The concert’s organizers received backlash for hosting the event for over a week in March 2020. This year’s event is looking to be outright canceled, however. Following last year’s statement, the rodeo will be canceled for 2021 in order to maintain the safety of attendees.

Madrid's Mad Cool Festival has been scheduled for July 6-9, 2022. They are already selling tickets for the 2022 festival with a lineup featuring artists such as Metallica, Twenty One Pilots, Carly Rae Jepsen, Muse, Imagine Dragons, The Killers, and more. Get your tickets and stay up to date on the 2022 festival on their site.

Unfortunately for Barcelona, Primavera Sound will not follow through with its July 2021 dates. The multi-genre festival had initially pushed its 2020 lineup up to 2021, but we will now expect both lineup and tickets to carry into 2022.

An important addition is the introduction of a hybrid program to Primavera Pro. Primavera Pro will feature both virtual and in-person events in preparation for its 2022 dates. Read more about it on their official website.

Tomorrowland was officially postponed on June 23, 2021, until next year. If you already purchased a ticket for 2020 and 2021, you will be contacted personally by the Tomorrowland officials.

Miami is already gearing up for Ultra’s 2022 comeback next March 25-27. However, this might change as Ultra is under hot water for refusing refunds for both 2020 and 2021 ticket holders. Ultra’s parent company, Event Entertainment Group, is being hit by a class-action lawsuit following the controversy. This situation is still ongoing, so we’ll keep you posted with any news.