Virtual Event Trends of COVID & Beyond 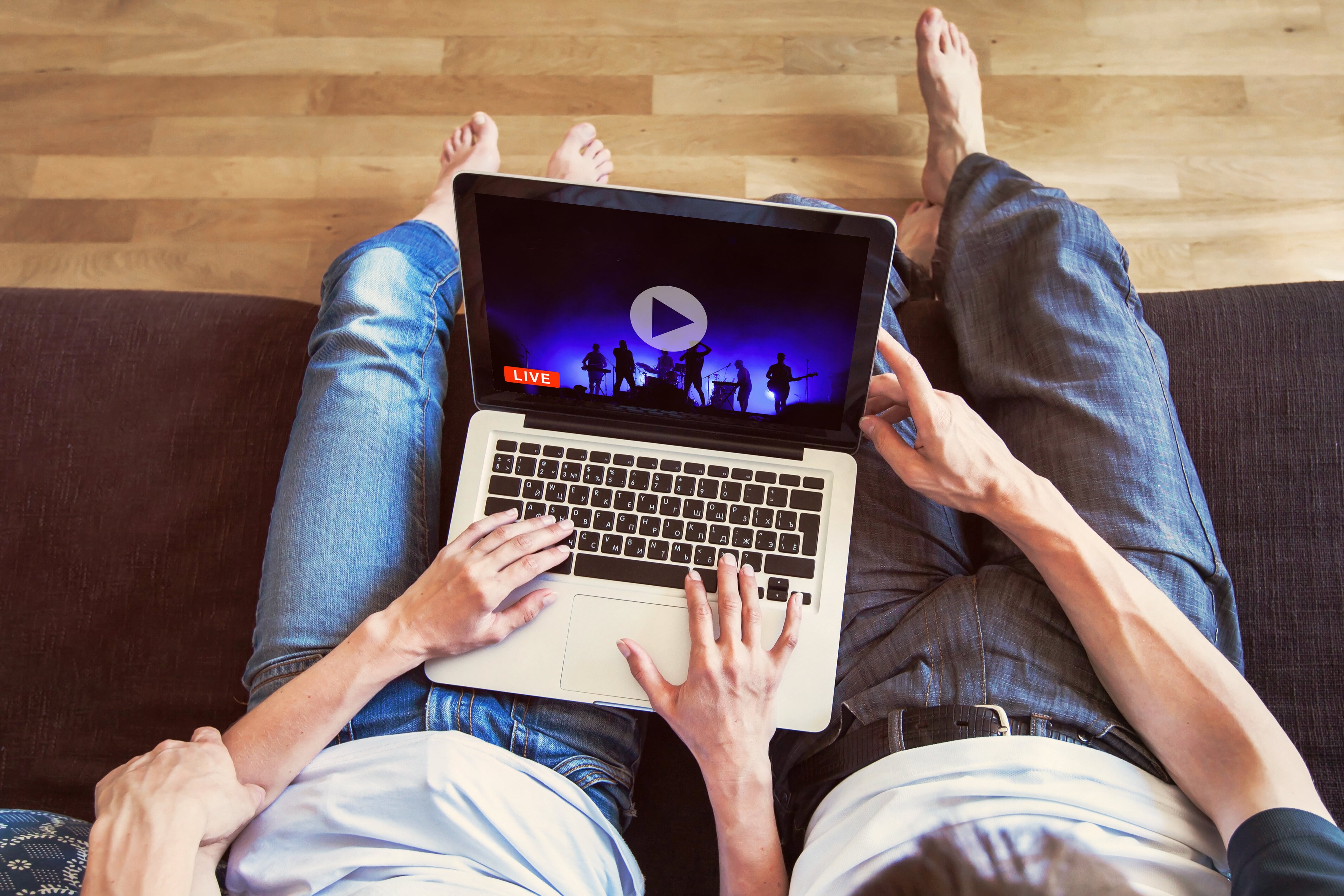 Throwing a successful live event now requires more regulatory and operational maneuvering than in the good ole’ pre-COVID days. Now, promoters are tasked with creating robust safety plans in addition to finding new ways to make an event profitable with a limited capacity.

Peter Gross, founder of Coalition Entertainment and Entertainment Director for Unknown Ventures, says these additional hoops to jump through simply make hosting a successful live event inaccessible for most producers. Thanks to this, virtual events have seen an unprecedented boom now that they've become the most practical way to entertain an audience.

"The pandemic has brought virtual events and live streams into the limelight. They have existed before, but because people can't attend events in person, these live streams have started to play a really big role." Gross said. "For live events, the majority of the states require limited capacity or have a total ban on producing in-person experiences, but everyone has the capability to produce a virtual event, which makes it a very tangible thing for everyone. "

Global market predictions reflect this trend. According to Grand View Research, the global virtual event market is anticipated to grow at a compound annual growth rate (CAGR) of 23.2% from 2020 to 2027, after being valued at $77.98 billion in 2019.

Virtual Challenges: Breaking Through the Noise

While this is generally great news for digital event promoters, this rapid jump to virtual has quickly saturated the market. A study done by Wild Apricot reveals that the number of organizations planning virtual events doubled in 2020. Gross explains that just because consumers are more willing to tune into a live event, doesn't mean they will be tuning into yours.

"Everyone and their mother is doing a virtual event, so there is a lot for people to choose from," Gross said. "Viewership, whether it's free or not, is one of the main data points to determine success."

This viewership dilemma is something all promoters are having to deal with. The same Wild Apricot study also found that engagement is critical for ensuring a virtual event is a success. Of those surveyed, promoters who didn't have some kind of focus on engagement during their virtual event were 150% more likely to be unsuccessful. It looks like no virtual event is immune to zoom fatigue, not even a concert.

Thankfully, promoters have found a few ways to help with the attendee bounce rate. A survey of virtual event organizers done by Pixilated reveals that successful strategies to keep viewers engaged can include personalizing the experience by sending merch, allowing for customizable activities and breakout sessions, and focusing on the overall production quality of the event.

Another approach you can take as an event organizer is to create a complex digital world for your performers to play in and attendees to tune in to. That is precisely what Tomorrowland's producers did after they were forced to cancel the festival's 2020 in-person edition. Following the announcement of the live event's cancelation, the Tomorrowland team enlisted the help of creative studios and computer programmers from across the globe to work around the clock to make Tomorrowland Around the World a virtual reality. More than one million people tuned in to watch original, pre-recorded sets by artists such as Major Lazer, David Guetta, Martin Garrix, Armin van Buuren, Tchami, Duck Sauce, Snoop Dogg's DJ Snoopadelic, Diplo, Boys Noize, CamelPhat and more, all in an immersive digital environment.

The Future of Virtual Events is Hybrid and Interactive

This heightened emphasis on high quality and out-of-the-box virtual experiences has created the opportunity for production companies like Hubio and Headliner to enter the market with new, modern approaches to hosting a virtual performance.

Headliner has built its success on hosting virtual events on a platform that supports attendee interaction through a message board that connects people with other viewers as well as the performers themselves. In addition to this interactive feature, the company also employs a heavy focus on stage production and choreography. Each performance is also like its own interactive Super Bowl halftime show, produced with both an in-person and remote audience in mind.

This high-quality, interactive virtual event model has proven to be quite successful and profitable. According to Gross, a Melanie Martinez stream that Coalition organized in collaboration with Headliner generated about $1 million in revenue, with 30,000 tickets sold.

Many believe that while 2020 was the year of the virtual event, 2021 may be the year of the hybrid event. Organizations such as Hublio focus on bridging the virtual and real-world, offering gamified hybrid events through their digital platform. Having both in-person and virtual options allows promoters to maximize the overall pool of attendees. This way, there is something for everyone.

What Does This Mean for The Future of Live Events?

Overall signs indicate that the market expects a strong comeback for live events, as data suggest a pent-up demand on the consumer side for live events. Scientists are also optimistic that the vaccine roll-out will help bring a return to live events, maybe even before the end of 2021. Even ACL plans to make an in-person comeback this year, which is encouraging news for promoters and concert-goers alike. Granted, this is primarily thanks to a date much later in the year. For larger gatherings such as SXSW, going online still seems to be the safest option.

No matter how you look it at, whether it's virtual, hybrid, or live, the future of entertainment events is looking bright.